Rethink Sustainability: eTown's Commitment to Preservation Could Benefit Your Health

One glance at Pinterest or any home magazine and you’ll see that the obsession with the nature isn’t going anywhere, even in home decor. From end tables made of stumps to beams made of trees, the trend of bringing the outside in is more popular than ever. That’s because countless studies have shown that nature has numerous benefits for the mind and body. 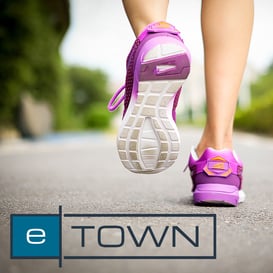 If you’re considering a new home in Jacksonville, you may want to think about the features being offered outside as well as in. Contact with nature has been reported to have psychological benefits, including reduced stress, enhanced focus and productivity, mental restoration, improvement of ADHD and increased longevity. There really is no replacement for Mother Nature.

“The PARC Group made a commitment to preserve at least 50 percent of eTown land to ensure future generations can enjoy the same health benefits that our residents do today,” stated Roger O'Steen, Chairman and Founder. The PARC Group is the master-developer of eTown, as well as the master-planned Nocatee community.

Here are Six Surprising Health Benefits that Come From Living Near Trees from Lifehack: